MPR Consulting – After a 2 years hiatus due to pandemic restrictions, Reggae Sumfest, the largest music festival in Jamaica and the Caribbean, returned back to its homestead of Montego Bay, Jamaica with a star-studded lineup.

Along with the biggest names of dancehall and reggae who delivered stellar performances to the masses, International Touring Dj, Ricky Platinum took the stage to entertain the crowd with a combination of mixes that had concert-goers dancing and singing along. On night 2 of the festivities, the mixologist took center-stage in between crooner Christopher Martin, and the debonair Dexta Daps.

Without missing a beat, the Brooklyn native tapped into his Jamaican heritage, and armed with talent and passion, played live to the crowd, while simultaneously broadcasting to thousands via various live streams. Clamoring revelers seem to fuel Ricky who tapped into his early days of “Tipsy Wednesdays” (ranked as the DMV’s (D.C, Maryland & Virginia) #1 weekly event) and turned Reggae Sumfest into the biggest dancefloor!

After an outstanding memorable performance, legendary media-personality Richie B brought Ricky back on stage declaring “This is my 25th Year on this Stage (Reggae Sumfest) I have never seen a selector at this hour of the morning create that type of pandemonium that you just saw! You deserve every Respect that you get.”

Humbled and elated by not only this acknowledgement, but by the love emanating from the crowd, Ricky stated “I want to thank the Reggae Sumfest Team for even considering me to be a part of such an historical moment! The chance to showcase my Talent at one of the Biggest Stage in Jamaica was Epic! Up next I have a couple of events I’m putting together back home in the DMV and more touring to different places with my talent. I’m currently on the radio in my hometown and I plan to help push the culture to another level with the platform I have.” 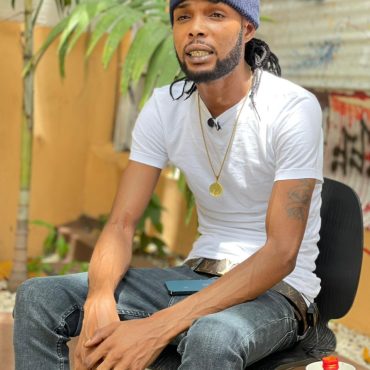 Trapp Gad Next In Line

Fast rising dancehall artiste Trapp Gad has many reasons to smile of late considering that he has a cluster of buzzing singles at present. The artiste says he plans bring a fresh sound to dancehall and has his sight set on becoming a global brand. "Me a pree di big picture not just the local market because I am a versatile artiste. At present i am releasing songs for the […]