Second Chance tells the story of an academically qualified Rastafarian who struggles to find a job in corporate America. Discouraged by his failures, he falls into a life of crime with old high school friends.

Spragga Benz — who previously starred in the 2002 cult classic Shottas, alongside Ky-Mani Marley — shared the challenges he experienced in his latest flick.

Trying to remember the lines because this time wi never had much leeway to do our own thing. In Shottas wi jus’ a hol’ a vibes an’ talk, jus’ like how wi talk pon di street, but this time it’s more scripted,” Benz stated.

“But it’s a great experience because, for di first time, wi ah invest inna wi self… wi naah do dis fi Sony, wi nah do dis fi nobody but for ourself an’ our culture, while getting di youth dem motivated,” he continued.

Spragga Benz is credited as one of two executive producers for Second Chance.

The deejay hopes the film will inspire youth to do positive things with their lives.

“We are sending a message that we are breaking the chain of Jamaican films… What we are doing is trying to create a movie that represents Jamaica that could make an impact with the rest of the world… This movie has no swearing or profanity… and Jamaicans know right from wrong. So many youths go down the wrong path because they don’t have any encouragement, so we have to figure out how to influence them in doing what’s right and this is the platform that we’re using,” he noted.

Spragga Benz, given name Carlton Grant, is known for songs like Could A Deal (produced by Winston Riley), Girls Hooray (Steely and Clevie), and Turn Me On with Kevin Lyttle. 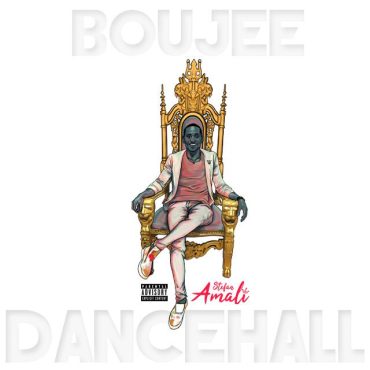 Rebranding is a necessary part of any business and the music business is no different. Now, ‘Stefan Amali’ formerly known as ‘Eva Hype’ discovered this in 2019 when he changed his artist alias. “The word Amali means hope in the Swahili language. “Hope over hype is a way more potent message”; he stated when asked why the name change. This week he launches his new EP; Boujee Dancehall collaborating with […]