Toots Hibbert in the Rock & Roll Hall of Fame

Fredrick “Toots” Hibbert belongs in the Rock and Roll Hall of Fame and Museum. Not only did he create the word “reggae” in his 1968 recording of “Do the Reggae”, but he also starred in the groundbreaking film “The Harder They Come,” alongside Hall of Fame legend Jimmy Cliff.

Toots and the Maytals are one of the best-known ska and rocksteady vocal groups in all of the world. The Maytals were formed in the early 1960s and were key figures in popularizing reggae music. Frontman Toots Hibbert is considered a Reggae pioneer on par with Bob Marley.

Toots’ 60-year career went from one triumph to another, his songs highlighting the day-to-day livity of the sufferers in all their bittersweet glory. As an English encyclopedia wrote: “No artist ever painted a broader and truer canvas of daily life in Jamaica than Toots.

The full-blooded celebrations of ‘Sweet and Dandy’; the screaming cry against injustice in ‘54-46’; the harsh strains of ghetto life in ‘Pressure Drop’; the sheer exuberance of first love in ‘It’s You’; the happy companionship of ‘Never You Change’; the ever-present threat of violence described in ‘Bam Bam’.”

Called “The Otis Redding of Jamaica,” Rolling Stone included him in their list of the Greatest Vocalists of All Time.

Recording greats jumped at his invitation to record with him: Keith Richards, Bonnie Raitt, Eric Clapton and Willie Nelson, up to the 2020 collaboration on his latest album “Got To Be Tough,” which was co-produced by Zak Starkey, and features his father Ringo Starr from the Beatles.  It was released days before Toots passing from a Covid-19-related illness.

Asked if Toots’ work bears comparison to others already in the Rock Hall, guitarist Warren Haynes says Toots “stands among the giants like Otis, Ray Charles, Solomon Burke, Jackie Wilson and Sam Cooke.” Ziggy Marley calls him “a father figure.” Trey Anastasio concurs: “Like so many people, I’ve loved his music my entire life. It was ubiquitious, playing at parties and gatherings. It felt like an element, like air”.

Please join your voices to all of those petitioning the Rock Hall to induct the immortal Toots Hibbert and pass this information on to everyone you know who feels the same way! 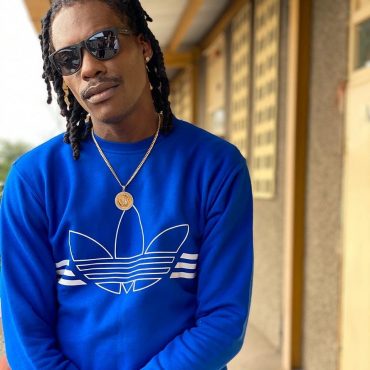 Can't Believe by dancehall artiste Kranium was earlier this week was certified gold in Canada for sales of more than 40,000 copies. The song, produced by ZJ Liquid, also features Nigerian singer WizKid and American rapper Ty Dolla Sign. “This success signifies that I'm doing something good and the work is connecting with people worldwide. This is a great accomplishment for me as a producer” This is the second gold […]