Who Would Win A Clash: Intence vs Jahshii vs Silk Boss

With Sting making a return on Boxing Day, December 26, after a seven-year halt, the dancehall community is eager for a showdown.

After being mocked by dancehall recording artiste Jahshii earlier this month, Silk Boss took shots at the artist in a diss track titled Facts. At the recent staging of Reggae Sumfest, dancehall artist Intence took aim at the Born Fighter singer during his performance, following an incident backstage.

In an interview with YouTuber and producer Terro Don, Jahshii stated trading diss songs right now in the Summer months, would not fit into his plans. He is following the traditional approach of dancehall culture with the month of November dedicated to diss songs as preliminaries to a showdown at Sting.

The streets talking, so we ask, who would win a clash? 🏆

Let us know in the comments section. 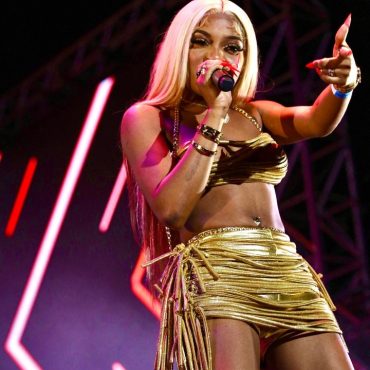 As a girl from Montego Bay, Moyann has long dreamt of performing on the Reggae Sumfest stage. On Festival Night One of this year’s edition, the up-and-coming artiste got to see that dream turn into reality. For the young No Limit singer, that moment on Friday night meant more than she could put into words. She told OBSERVER ONLINE that performing in front of her home crowd is a moment […]